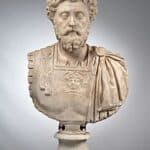 THE CYNIC – Mark Twain (November 30, 1835 – April 21, 1910), was an American writer, humorist, entrepreneur, publisher, and lecturer. He was lauded as the “greatest humorist the United States has produced”, and William Faulkner called him “the father of American literature”. His novels include The Adventures of Tom Sawyer (1876) and its sequel, Adventures of Huckleberry Finn (1884), the latter of which has often been (more…) 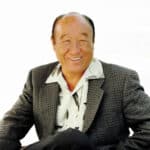 THE OPTIMIST – Sun Myung Moon (January 6, 1920 – September 3, 2012) was a Korean religious leader, also known for his business ventures and support for political causes. A messiah claimant, he was the founder of the Unification Church movement, its widely noted mass wedding ceremonies, and the author of its unique worldview explained in the Divine Principle. He was an anti-communist and an advocate (more…) 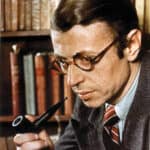 THE NIHILIST – Jean-Paul Sartre (June 21, 1905 – April 15, 1980) was one of the key figures in the philosophy of Existentialism (and phenomenology), a French playwright, novelist, screenwriter, political activist, biographer, literary critic, as well as a leading figure in 20th-century French philosophy and Marxism. His work has influenced sociology, critical theory, post-colonial theory, and literary studies, and continues to do (more…) 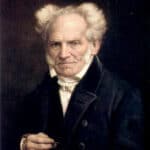 THE PESSIMIST – Arthur Schopenhauer (February 22, 1788 – September 21, 1860) was a German philosopher. He is best known for his 1818 work The World as Will and Representation (expanded in 1844), which characterizes the phenomenal world as the product of a blind noumenal will. His work has been described as an exemplary manifestation of philosophical pessimism. In any case, Schopenhauer was leery (more…) 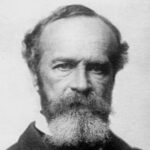 THE SKEPTIC – William James (January 11, 1842 – August 26, 1910) was an original American thinker in and between the disciplines of physiology, psychology, and philosophy. James was the first educator to offer a psychology course in America, at Harvard, earning him the title of “Father of American psychology.”  James also was instrumental in developing the highly influential ideas (more…)